I'm sorry about the inconveniences,
There's a bug reported and fixed about Studio crashing when saving the file after Fire has been launched with quality 7 or higher.
There's another bug reported by which Studio crashes if you launch Fire, increase quality to 4 or more, and then launch Fire again.

In order to fix the bugs, we usually need to be able to replicate the crash by defining a particular chain of actions that always leads to it. There are some crashes that we have not been able to fence in yet, although we have eventually experienced them. If you can help with that, it would be great.


feynman wrote:Next Limit abandoned Rhino and SolidWorks users, cutting itself off from the entire product design and engineering design market. Studio was the perfect solution for many studios using a mix of industrial design software.

Well, we are definitely working on the plugin for Rhino. We would have liked it to be ready by now, but we suffered some issues with the developers that have delayed the whole thing. It took many years for Jeremy to take the plugin to its current level; as we don't have to reinvent the wheel, it will take less time to replicate it (and hopefully improve it).
In the case of Solidworks, yes, we dropped its support because the income it produced did not justify the expenses it required. Can you imagine that Dassault Systemes does not offer any special licenses for developers? It was quite hard to for us to even test the product.

I hope we will be able to improve the situation shortly.

By Nasok -  Tue Sep 04, 2018 5:06 am
-  Tue Sep 04, 2018 5:06 am #397552
To be honest it is kinda strange that Dassault Systems are not collaborating with developers like Next Limit ... I mean .. everyone know that There are 2 most popular render solutions for their own users. It is Maxwell and Keyshot ... and since Keyshot is .. well ..limited in quality I'm quite surprised they are not willing to support Maxwell developers.

So you guys are keen to keep supporting Rhino ? that's amazing

these days it is becoming very trendy piece of software

Also, maybe if plugin development for certain software packages doesn't bring expected revenue, maybe there should be a different approach.
For example we all know that plugins mainly shine in DCC (Maya, 3D Max, Cinema 2.5D, etc.) but if that is not the case in terms of Cad apps maybe they don't need the fully packed plugin maybe they just need a really good working exporter for studio.
So read a light-weighted version of a plugin, no sub tools, no material editor, no procedurals, no FIRE - just a very good and stable exporter to Maxwell studio.

Because, you're right, solidworks people, at least the ones I'm working with here, they have a plugin (the old one) but they always just export it and render in studio. Maybe in studio you could add functionality of importing solidworks native files - that way no need to even develop anything for solidworks but it still will be supported. And Feynman, right, not in the way he expresses his opinion, but generally, he is right - Solidworks is an industry standard and it could be a very very profitable for Maxwell, in general.
http://paramonov.me
http://gumroad.com/tema - free 3D models and Maxwell materials.

It exists. It is called Maxwell Render Studio. It offered a workflow directly from CAD to rendering with no intermediary. Export OBJs with UVs. Import in Studio. Select appropriate outdoor or indoor scene. Assign materials. Render. So simple.

But many bugs were never ironed out, simple features never implemented, and it suffers from the speed, GPU and other shortcomings just like Maxwell Render core.

Now I have to transition 50 seats to Keyshot, the only option. Awful.

By Nasok -  Fri Sep 07, 2018 6:38 am
-  Fri Sep 07, 2018 6:38 am #397565
Just yesterday had a little issue transferring geometry from solidworks to Maya for UV mapping and further visualisation. Eventually our industrial designers exported it to MXS and from studio I was able to save absolutely gorgeous - perfectly smooth and correct geometry - without regular issues when exporting CAD to obj

That alone makes studio an extremely powerful tool. Don't know what you guys did with Maxwell studio what others can't crack for more than 20 years - but it is amazing!

- super happy to have this tools now.

@feynman, Any of those 50 people ever visited this forum ? maybe all their issues could be solved with community help and suggestions ?
http://paramonov.me
http://gumroad.com/tema - free 3D models and Maxwell materials.

Also I've noticed that people are more likely to respond, including developers, when there is a specific question, rather than generic noise about how everything is bad and that we are all doomed.

Maybe those 50 unnamed heroes could be the ones who would help others, and together they would build a community and inspire developers to something that will address their issues, or contribute to high end content, in-directly for instance, or report bugs and suggest something so that its would be easier for developers to address bugs and improve FIRE engine. There is lot's of possibilities that could've happen .. but instead all we got .. just one person who only complaints and lists down his demands

Here is a good example of the many dysfunctionalities that have not been ironed out, apart from the slow CPU rendering speed:

1. Open a simple "photo studio" MXS (infinity curve, three emitter planes)
First bug - opening such a file takes around half a minute from the local disk (why?)

2. Import the object to be rendered as an OBJ from NX, rotate it move into location, look at the automatically created UV set
Second bug - no fixed X, Y grid one can snap to, like in any CAD software
Third bug - position of the projector not zero (why?) 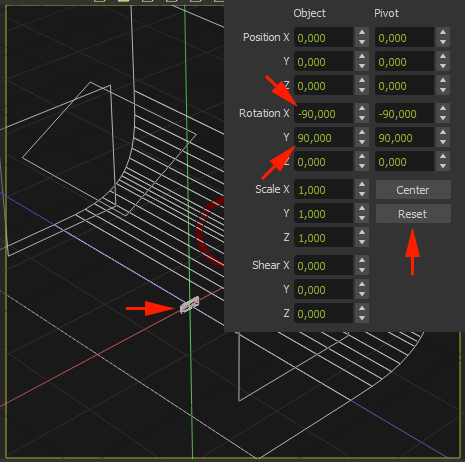 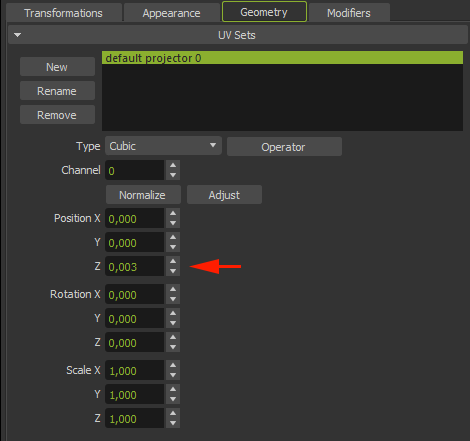 3. Open existing MXM in embedded mode, assign a normal map texture where needed, change rotation and set to metres and 0,1 x 0,1 meter which is the real size the texture represents
Fourth bug - changes in offset, rotation or repeat are not visually reflected in the texture preview image 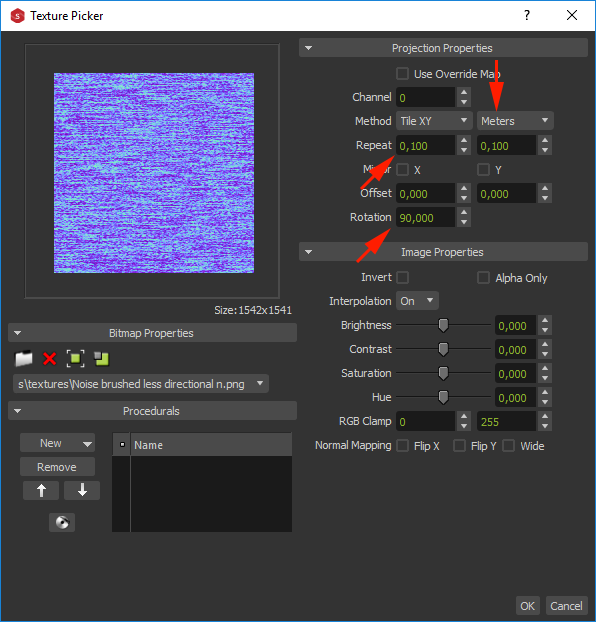 4. Assign MXM to the OBJ
Fifth bug - co-ordinate of OBJ changes, but not in viewport, often all three co-ordinates change (why?) 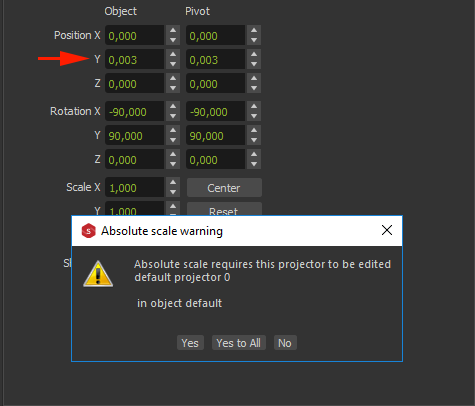 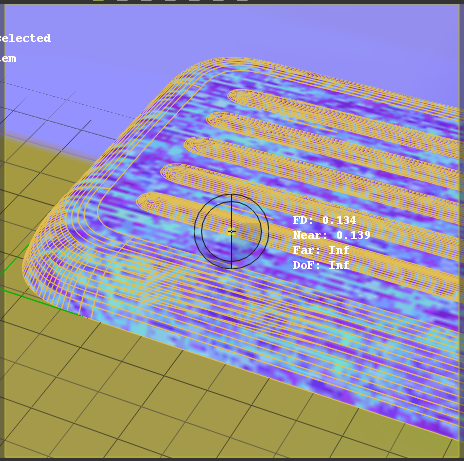 6. Look at the projector change agreed to before
Seventh bug - projector is placed somewhere in space and with scaling (why? what does that scale signify?)
Eigth bug - 2D grids constantly change in 2D views when zooming in and out instead of a fixed setting to for example 1 mm (why? 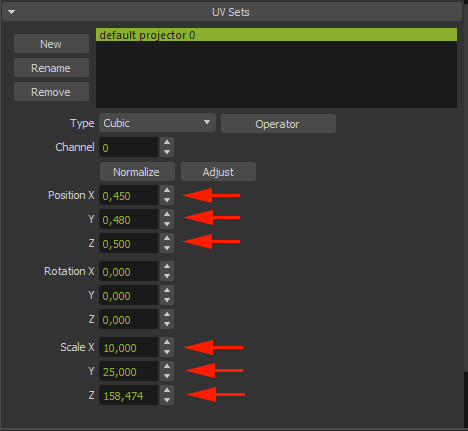 7. Start fire to see a first preview to make adjustments
Ninth bug - FIRE takes half a minute to start
Tenth bug - texture is rendered in the wrong direction, not as shown as in the textured decal preview (why?) 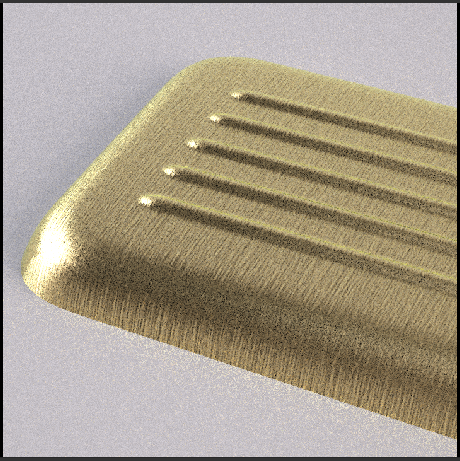 8. Change projector from cubic to planar
Eleventh bug - huge planar projector, what does it mean? Texture is 0,1 x 0,1 m real scale as before, no other changes were made 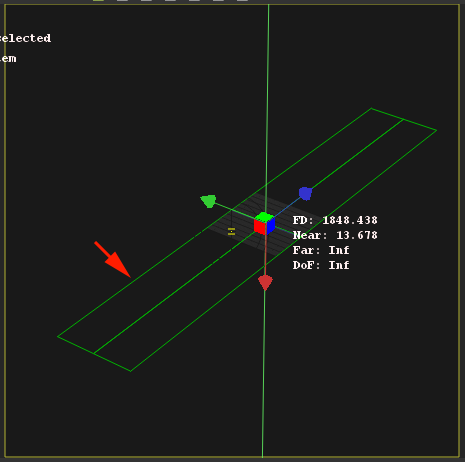 How can one ever work productively with such mayhem?

That is really great that you've posted it out here in a very detailed way - I do believe this is a very solid starting point for a conversation with Developers.

I agree on my things - specifically on texture representation and scene transformation (move, rotate, scale) tools are a bit less than friendly. In Maya, for instance we don't have ANY texture representation - so when you're assigning your texture - you don't really see it on your model - kinda crazy - but I guess we just got used to it. Used to work before but not with the new version of Maya.

And, I understand your frustrations - if what ever you described is the real thing - then it is pretty uncomfortable to work in Studio.
You know sometimes what we think is a bug in reality is just another man's vision of how things should work. So, for instance, dealing with huge projector - bug for you, but developers might have thought that it would be great to have a projector that is big - can't really explain why, they must've seen a reason.
But because you mentioned it now here that it is uncomfortable - this THIS - will help them to fine-tune the software to the point when it is comfortable to use.

Thanks for your efforts!
http://paramonov.me
http://gumroad.com/tema - free 3D models and Maxwell materials.

Take bug number three for example, that you're in the dark when rotating, repeating and offsetting textures - that kind of functionality was already present back in Alias version 0.6 in 1991, in the prehistoric IRIX days.

Same goes for the far more serious issue when you work in studio and have a wireless or ethernet internet connection, most clicks on opening, closing, saving or FIRE buttons induce a long delay. Old PC. New PC. Re-installed PC. Nothing changes. Go offline to use Studio more efficiently? Seriously?

I am on the line that things work. Reliably. Smoothly. Every day. What am I to tell all other users? Excuses? It's 2018 and not 1988 anymore.

Thank you, Feynman, for making the effort to note everything down.

I will review each of the points and create cards with the details for the developers so they can fix them. I'll get back to you in case I cannot reproduce the issue here.

As a first glance, I noticed one thing, that leads me to think you are not using the latest version, as there was a fix in 4.2.0.3 that made the texture preview in texture picker show the changes in repetitions and rotation.
Regarding the grid, you can make it of a fixed size in Preferences > Viewport Rendering > Use Absolute Grid

Thanks a lot and sorry for the inconveniences.
Best,
Fernando
Fernando Tella.

The fixed grid is of little use, because it is not fixed in the 2D views, only in the perspective view, and one cannot snap to the grid when wanting to arrange object and, more importantly, projectors.

When normalising to use a real scale material, the 1 m texture placement cube cannot be rotated. It either skews and becomes a rhomboid or it is resized to a rectangular block. This way, results are fully unpredictable and uncontrollable.

Also, as shown in the previous post, the cube is placed somewhere in space, no longer aligned to the corner of the bounding box of the object it is assigned to. The object here is a scaled down cube from the library. 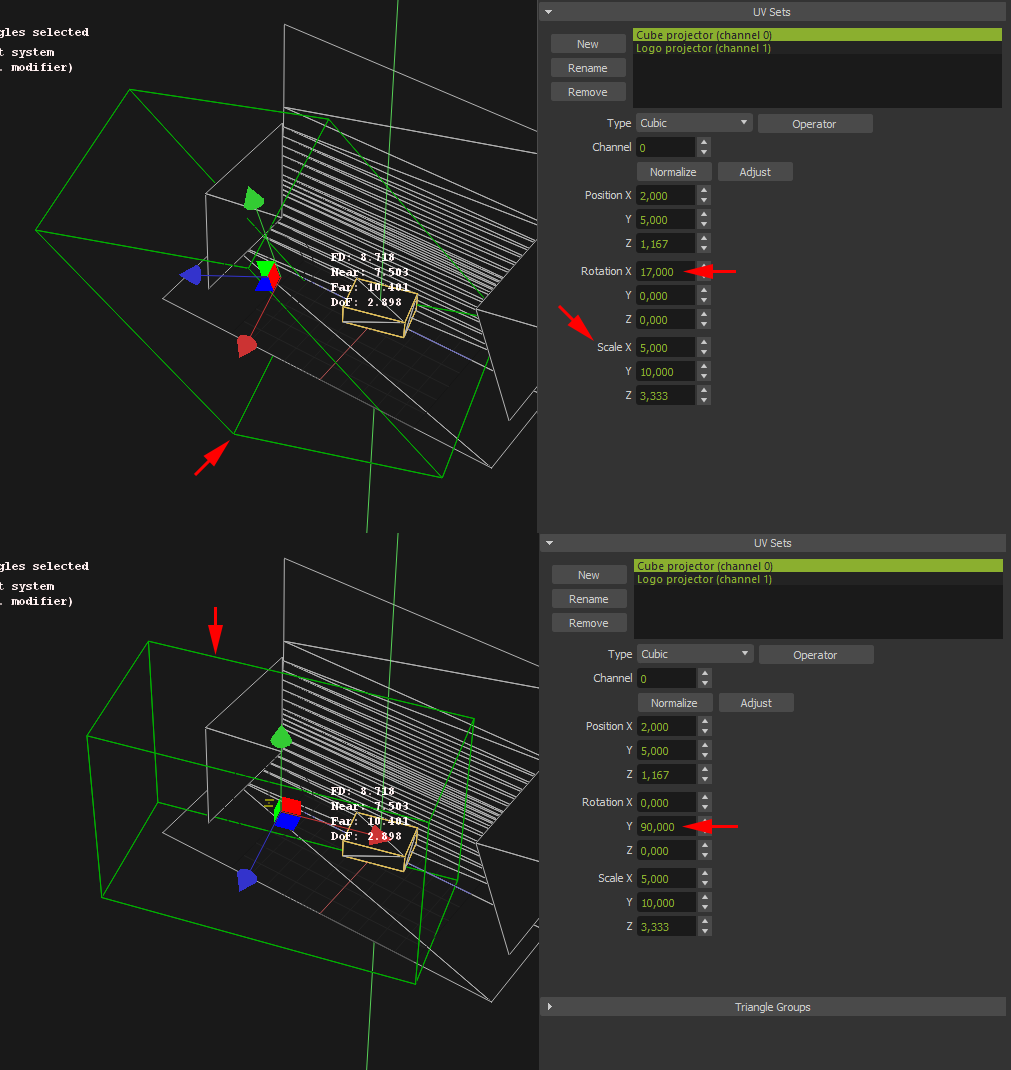 Import object. Click adjust for relevant projector. Projector is a 1 x 1 m (or whatever unit, not shown) plane, not adjusted to object. 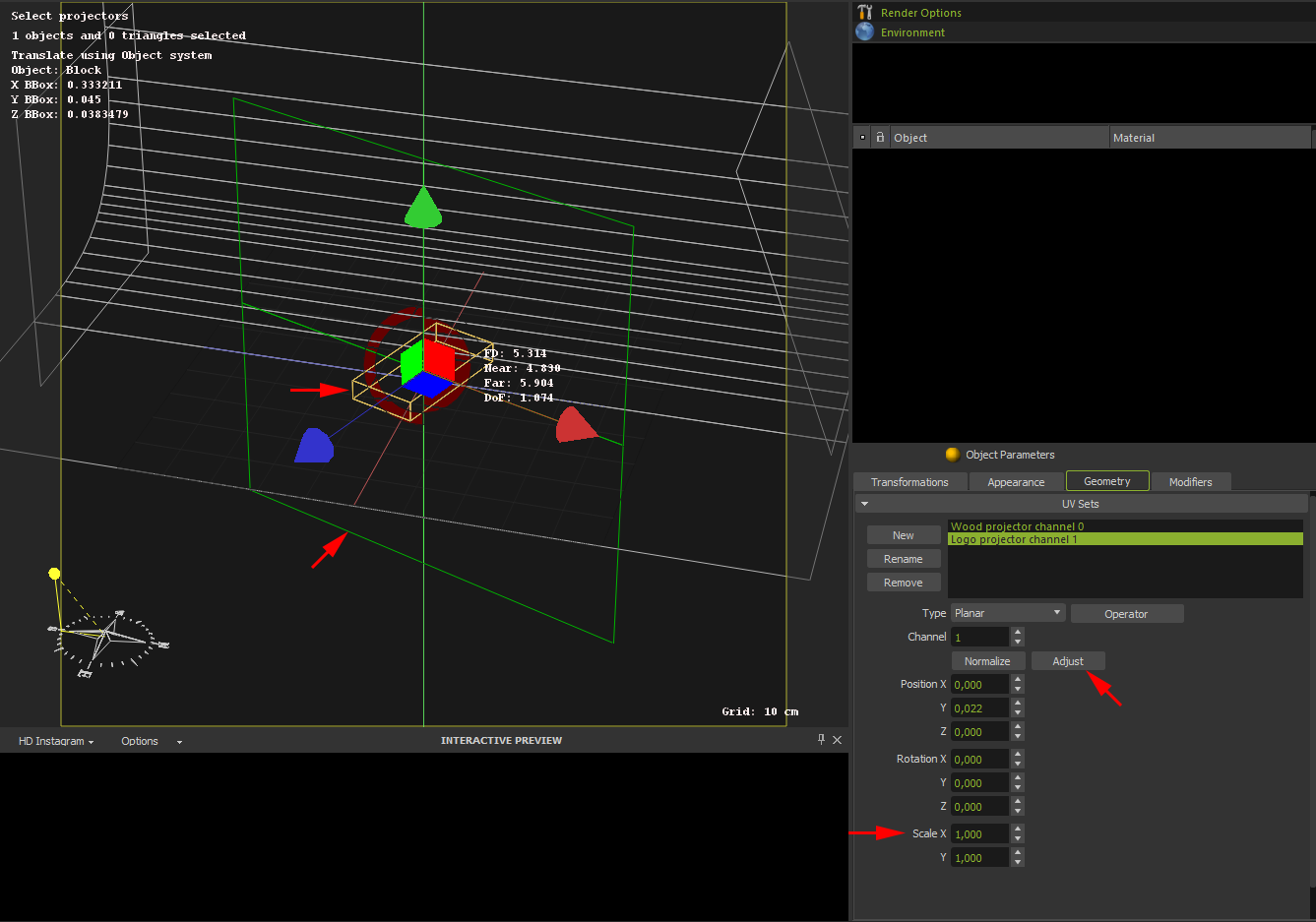 Manually fiddled to nearly correct size. Plane projector rectangle relates to… what? No idea, also not explained in the manual. 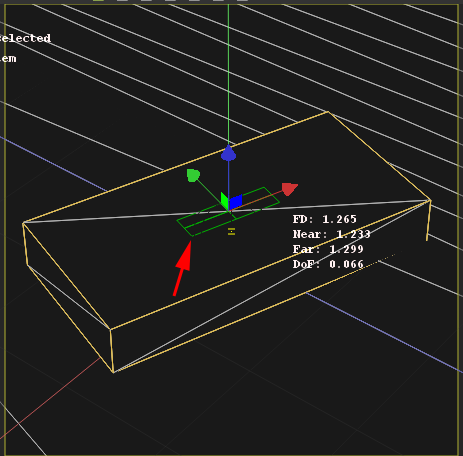 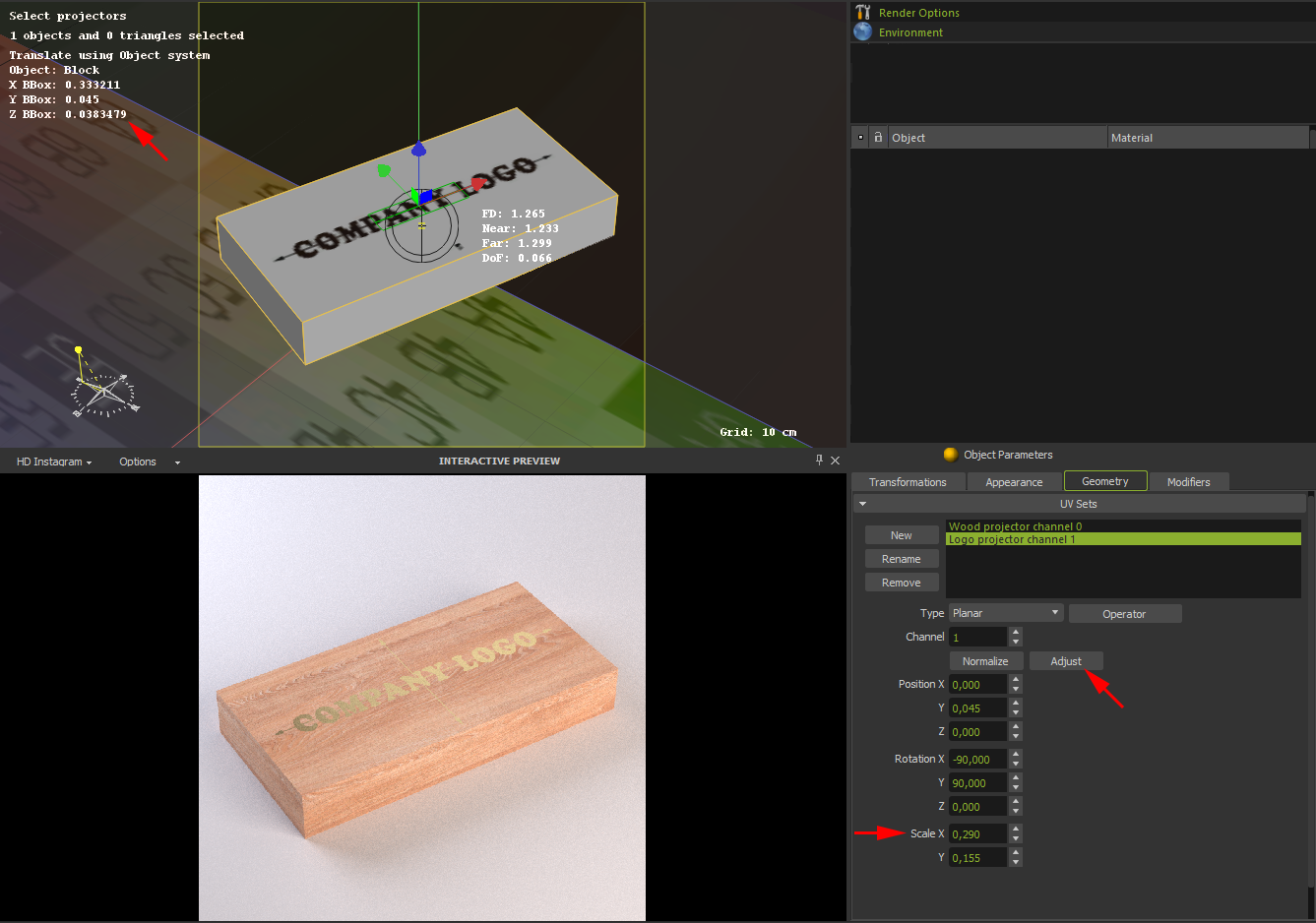 When selecting a fixed grid, the 2D views show a flexible grid with odd numbers that are useless, also one can't snap to the grid. Also weird typeface in 3D viewport, hard to read. 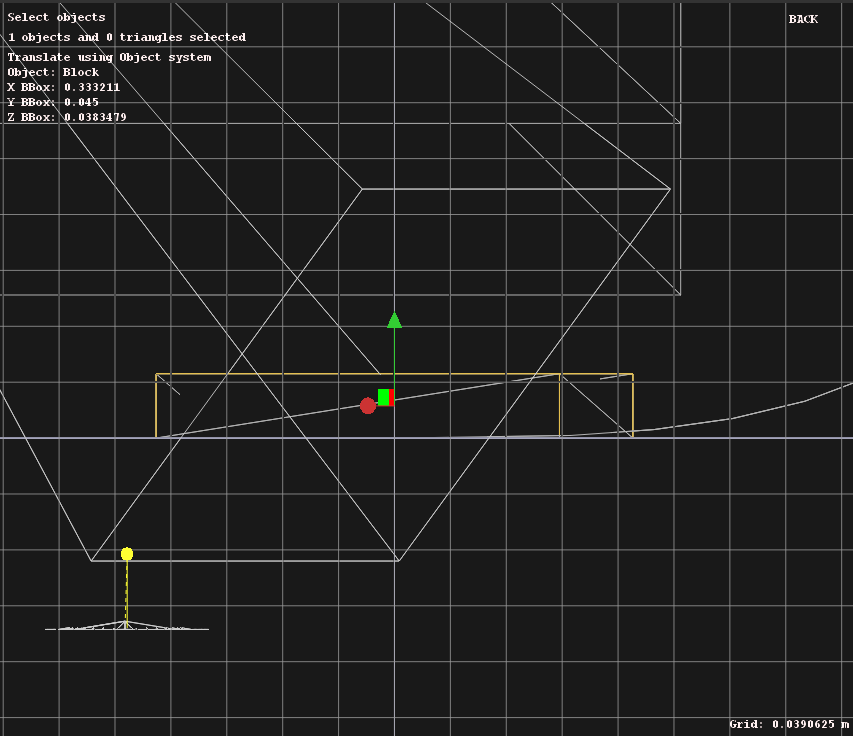