By dmeyer -  Wed Feb 14, 2018 5:07 pm
-  Wed Feb 14, 2018 5:07 pm #396583
I'm testing multi-GPU render in some other rendering packages as a way to understand the relative performance various tiers of cards. I am using Redshift on this test as Maxwell does not yet support multi-GPU. One thing to note about Redshift is it does not punish GPU's quite like maxwell or v-ray during renders so the real world differences between the cards will be a bit more pronounced with those.

It varies but GPUs tend to max out around 65% of rated TDP for power usage during rendering.

I think, whether it's 110 or 220V shouldn't matter as far as power consumption is concerned? Same amount of energy is consumed, just that in the US you have double the amperage feeding the power supply, to make up for the 1/2 voltage. In other words a 1200W power supply whether for the US or Europe will be capable of supplying at peak, 1200W of power.
Maxwellzone.com - tutorials, training and other goodies related to Maxwell Render
Youtube Maxwell channel

to see a GPU vs CPU comparison?

to see a GPU vs CPU comparison?

This particular scene is in Redshift which does not run on CPU.

I will try some other tests on Maxwell with single GPU vs CPU.
mo cores, mo problems

Are you using the new Vray benchmark test?

On this scene, at this time, yes.
mo cores, mo problems

From what I understood about GPU rendering in general - the more complex the light paths, the less efficient a GPU will be, compared to a CPU. A GPU has a lot of less sophisticated cores and simple computational tasks like gaussian blurring a 2D image is really fast on a GPU because you could assign each pixel to a separate core. But when you're dealing with path tracing, caustics, a lot of indirect lighting, the GPU will lose this efficiency.

But I still see substantial benefits with Maxwell on the GPU though, even if your high rez render won't even fit on a GPU, or rendering on a single GPU won't be much faster than on the latest CPUs for difficult renders:

-much faster and smoother material editing, so you can create better looking materials and finish scene tweaking faster before a final render.

- much cheaper to add 3x GPUs in your main computer and have at least 3x faster renders (and tweaking) compared to buying 3x complete AMD Threadripper computers.

- for most renders, the GPU will be faster than CPU and for exterior or product renders I think the GPU will be MUCH faster. One test I did of an exterior rendered to SL 19 on CPU (i7 6700K) in 59 minutes, on my GPU (a 1070) it took 13 minutes. A 1080Ti would have probably finished it in 5-6 minutes.
Maxwellzone.com - tutorials, training and other goodies related to Maxwell Render
Youtube Maxwell channel

I just dusted off a production scene from a couple years ago. Product shot, emitter, displacement, etc. High res and run to SL 18

It looks like the perfect card for very high end video editing, smooth instant scrubbing of 8K video kept in the 2TB of internal memory...lets see for rendering...

Street price is around $4000 USD here. This would be used in 8K .r3d edit suites if performs as advertised.
mo cores, mo problems 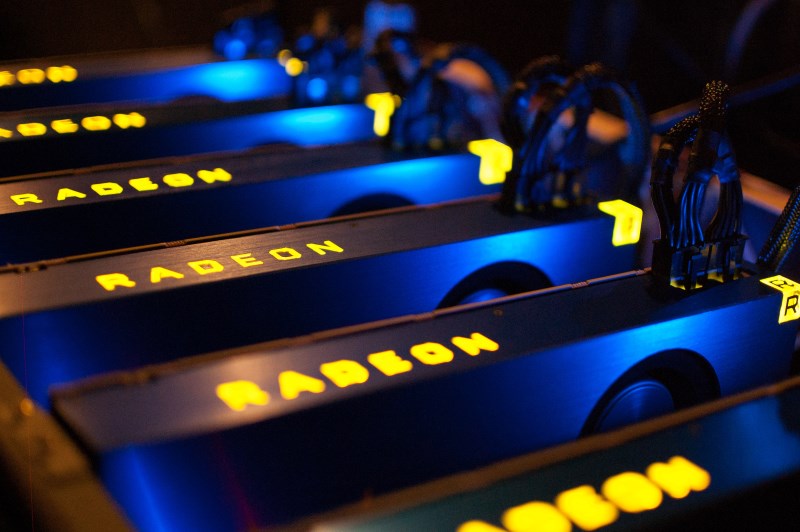 Yeah. We have changed to a new website on a new […]

Hey Maxwell, What happened to the materials resour[…]

The hotkeys are not working in Maxwell Studio 5.1.[…]